Real stone vessel, imposing and intimidating, Fort Boyard stands in the Ocean out of Boyardville, halfway between the islands of Aix and Oléron.

Decided by Napoleon , 30 years needed for the construction of Fort Boyard  , 20 years for the foundations. This building allowed to strengthen the defense system of the territory established all along the coast and islands of the Charente -Maritime.
The construction of this building, which cost at the time the equivalent of more than 200 million current euros, was undermined from capsizing boats carrying stones, storms and attacks of the English . In addition, the development of artillery , faster than construction, almost obsolete rendire upon delivery !
However , the performance of such a construction was so incredible that a model of the Fort was presented at the Universal Exhibition of 1867.
Alternately, defensive fort , prison, private property, the Fort was bought in 1989 by the General Council of Charente -Maritime and since 1990, the theater of the show Fort Boyard.
More information on the website of the Tourist Office of Charente -Maritime. 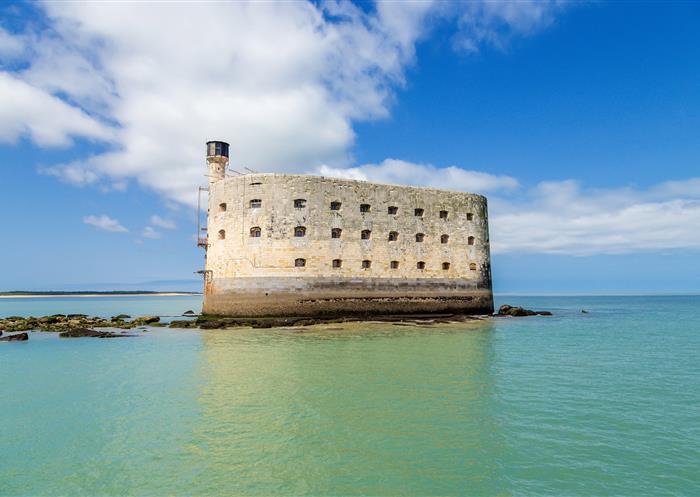